The top ten Ferris wheel in the world（3）

Let's move on to the last issue of the news to continue counting the remaining eight Ferris wheels.

6. The London Eye, located on the banks of the River Thames in London, England, is the world's first and most viewed Ferris wheel in 2005. It is one of London's landmarks and famous tourist spots.
The London Eye opened at the end of 1999, when the sponsor was British Airways and was also known as the Millennium Wheel, with a total height of 135 meters (443 feet). There are 32 cabins in the London Eye (ranging from No. 1 to 33. Because of religious taboos, there is no 13), 6000 amusement ride lighting led, due to the use of tempered glass inside and outside the cabin, so there is an air conditioning system. Each cabin can carry about 25 passengers, and the speed of rotation is about 0.26 meters per second, which means it takes 30 minutes. The "London Eye" was built to celebrate the new millennium and is therefore also known as the "Millennium Ferris Wheel." Passengers can take the "London Eye" to the upper half and take a bird's eye view of London. The "London Eye" turned into a huge blue halo at night, greatly adding to the Thames' dreamy temperament. The London Eye also lights up for the 2015 British elections. The red light represents the British Labor Party, the blue represents the Conservative Party, the purple represents the British Independence Party, and the yellow represents the Liberal Democrats. 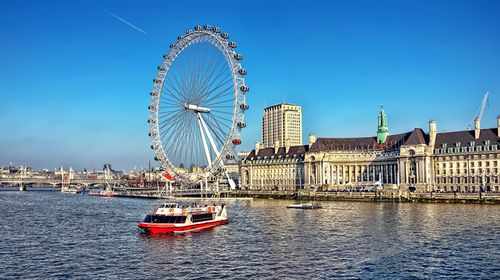 The "Nanchang Star" Ferris Wheel, also known as the Nanchang Star, is located in the Lijiang Citizen Park on the bank of the Hongjiaozhou River in Honggutan New District, Nanchang City, Jiangxi Province. It is 160 meters high and is the world's second largest landmark in Nanchang after the Las Vegas Ferris wheel (167 meters) and the Singapore Flyer (165 meters). Formerly the world's tallest Ferris wheel is higher than the London Eye in London, and is now the world's third-highest, the country's highest Ferris wheel.
The "Nanchang Star" Ferris Wheel is designed by the Shanghai Branch of the National Coal Research Institute. The wheel lanterns are composed of 6,700 amusement ride lighting led. All of them can be displayed in addition to a giant color clock with a diameter of 153 meters. According to the need to set different patterns, the construction started in 2005 and was completed in 2006 with a total investment of 100 million yuan, which explains Nanchang's position as the world's dynamic city and has become one of Nanchang's important landmarks. 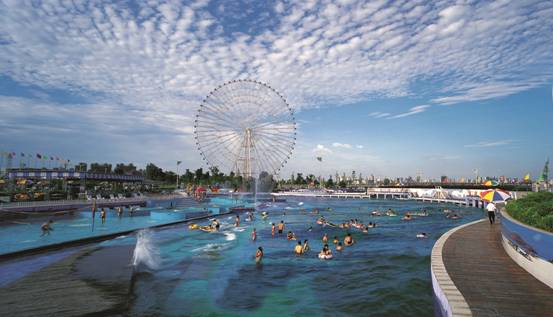 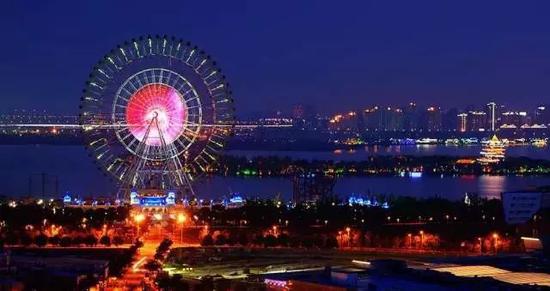 Our Zhongshan Ruichuan Co., Ltd. is a professional LED manufacturer with 14 years of production experience. Most of our products have obtained CE and RoHS certification. If you need amusement ride lighting led, customers can go to our company's official website to purchase sample sheets to consider whether to make a large number of purchases. I believe the quality of our company's products is certain. Can meet customer needs.